IN THE END: The Premier Linkin Park Experience 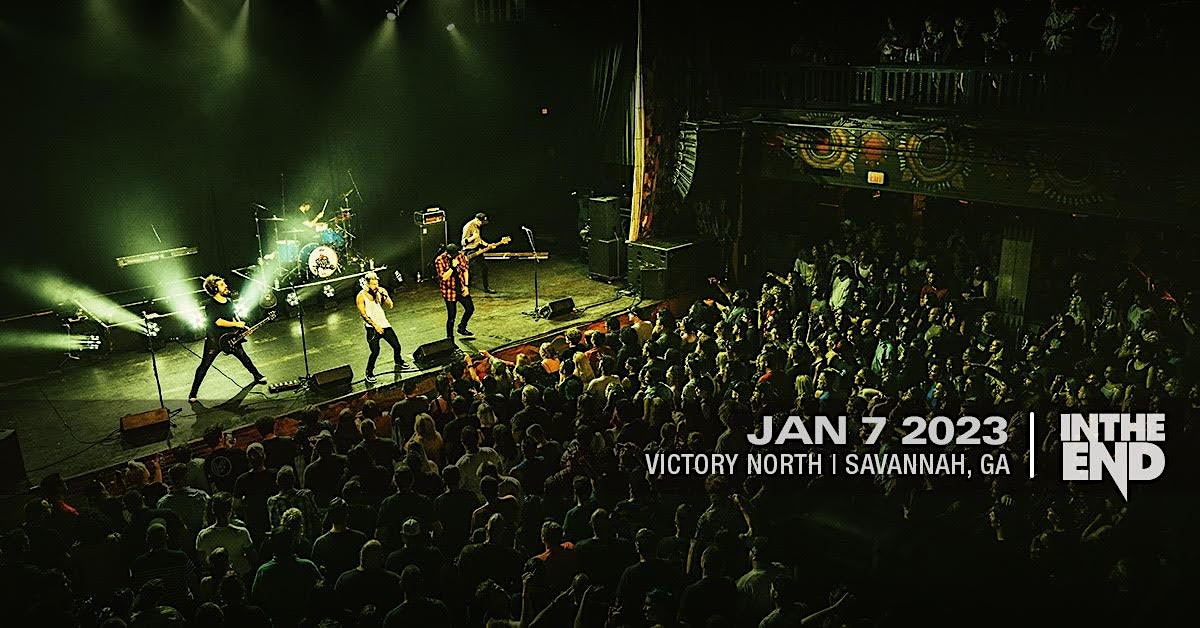 IN THE END: The Premier Linkin Park Experience travels all the way from Los Angeles to bring this amazing show to Savannah for the 1st time 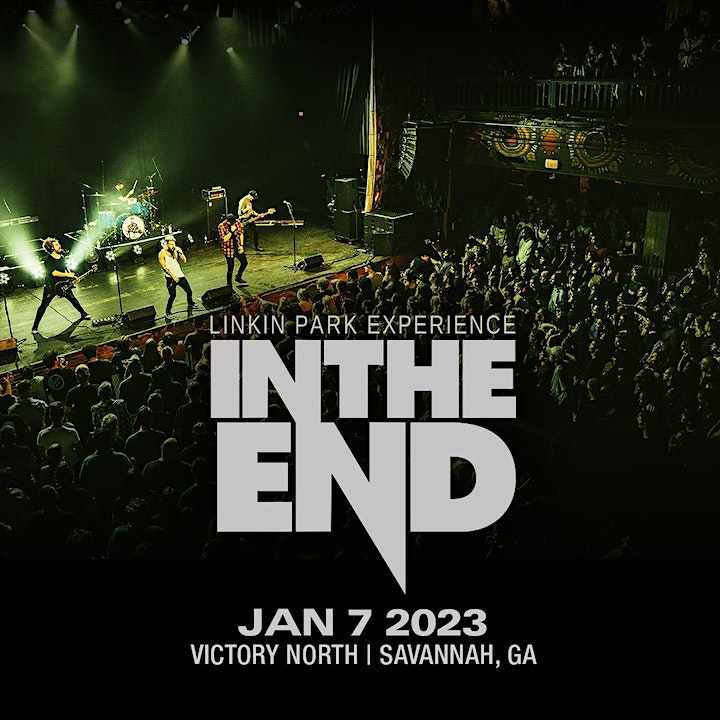 The Premier Linkin Park Experience is much more than a tribute band. Based in Los Angeles, and full of music industry veterans, IN THE END’s members have performed with some of the biggest artists and on some of the biggest stages in the world including The Tonight Show, Jimmy Kimmel Live, Coachella, Lollapalooza and many more.

Formed out of a deep love and respect for Linkin Park, every time they step on stage their goal is to honor the music, legacy and fans of Linkin Park. IN THE END creates a live show that is second to none, and the crowd reaction to their shows is a testimony to that fact.

In just a few short years, IN THE END has headlined concerts all over the U.S., including at the House of Blues in Anaheim, Las Vegas, San Diego and Orlando, the Speaking Rock Casino in El Paso, a sold out OC Fair show, and a special celebration of life event for Chester Bennington’s birthday at The Roxy Theater in Hollywood. The Roxy show was in partnership with KROQ and focused on Chester’s life and music, which sparked new and open conversa-tions regarding mental health awareness and suicide prevention. As part of that mental health discussion, IN THE END have partnered with mental health non-profit organizations such as 320 Changes Direction (the charity Talinda Bennington founded after the passing of her husband), To Write Love On Her Arms, and many more.

The band’s goal is to provide not only financial support to these organizations, but also a platform to openly discuss the issues surrounding mental health awareness. To help accom-plish this, a portion of the proceeds from every show goes to support mental health organi-zations. The future looks bright for IN THE END with plans underway to take the band all across the U.S.